Paintings for every room 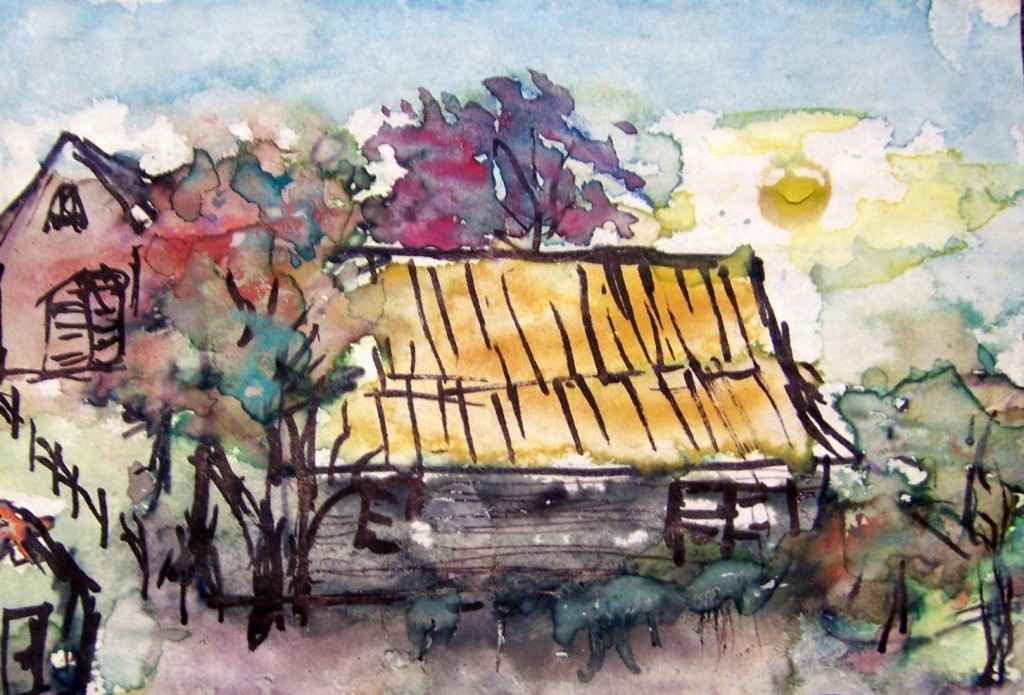 When is a paining “just a picture”? A casual observer, or even a great lover of art could possibly look at a painting and see it as just a nice, perhaps beautiful, picture. However, some pictures tell at least one story. Some will tell as many stories as the number of people who look at it, based on their own personal experiences, and on their knowledge of subject matters similar to those in the picture. I cannot look at a painting, no matter whose work it is; my grandson’s, my mother’s or other relatives or friends, and painters whom I have never met, nor about whom I have never heard, without a flood of memories coming into my mind (of similar situations or visions from my own past). Sometimes, there will return to memory of a story or information I have read at some time.

In three of my paintings, I have presented stories, or representations of history and periods of time involving people’s lives. I call them, “A Country Place”, “Home Place” and “The Great Depression”. While living in these houses, I enjoyed my environment. The three were done with ink, and water color paints on rather ordinary paper. The setting for these paintings is Crenshaw County, and one of these was my birth place. In Crenshaw County, in Alabama, there are remains (not completely dilapidated, yet) of old, never-painted houses which were once homes to happy families. As I stand nearby and take snap shots to use for planning my paintings later (something I do often, especially when I have traveled abroad), it seems that I can (almost) hear voices, laughter, footfalls…..and crying. I think my keen imagination is not involved here, but these voices and other sounds are still reverberating around the empty rooms and rustic walls, with missing boards, of houses long ago abandoned. Most of the old houses around the many communities where my family lived for awhile (we moved often), and where I played as a child are now gone. A precious few still stand, or I could say “stand still”, for the only movement is when the wind rattles broken windows and doors that cling to rusting hinges. Sometime wisps of dust flow across fallen porches, as ghostly reminders of cool evenings when chairs rocked and songs were sung, and where children giggled as they ran. And in these once modest old houses, I still find beauty in the partly fallen, lopsided grayed foundations that have lost parts from wind, rain and years.

Two of my art pieces were done from pictures I took, and from my childhood memories. Both were done with the use of India ink and water color applied with small brushes. “A Country Place” and “Home Place” are in styles different from the third one, which I did simply to express what I feel when I think of “The Great Depression”, a name applied to a time (event) in history, and the name I gave my drawing. Although America was in the beginning of recovery from the depression, in 1935 (my birth year), recovery years were still not in the past. I wanted “The Great Depression” to represent an aspect, a picture story of that period in history. Some people, during those years, had so little; that fact was part of the story I wanted to portray. I wanted to keep the picture lacking of things, blank of movement, sad and hungry for better days, new life. Stephen Foster expressed this in his song, “Hard Times Come Again No More”, a cover song which I posted on my Youtube channel, ” Mountain Dulcimer Trio.”
My family was never without food, nor shoes. We were farmers who knew how to live off the land, and my parents knew how, and taught their six sons how to improvise. Some city cousins and friends were less fortunate in that way. I still enjoy seeing the old houses, barely standing with window shutters and doors scattered to the ground, when I find time to visit and drive through the countryside. As they become older and more rustic, they seem to become more beautiful, more picturesque, even if they are a sad reminder of the hard times of the 1920’s, when so many people were in need. In my pictures, I tried to capture some amount of beauty despite the representation of days when families had to make their own livelihood, work long hours and make their own happiness….when there were few “hand-outs”.